The renewable energy sector employed at least 11.5 million people, directly and indirectly, in 2019. Renewable energy employment has continued to grow worldwide since 2012, when the International Renewable Energy Agency (IRENA) began to assess it on an annual basis. The solar photovoltaic (PV), bioenergy, hydropower and wind power industries have been the biggest employers. 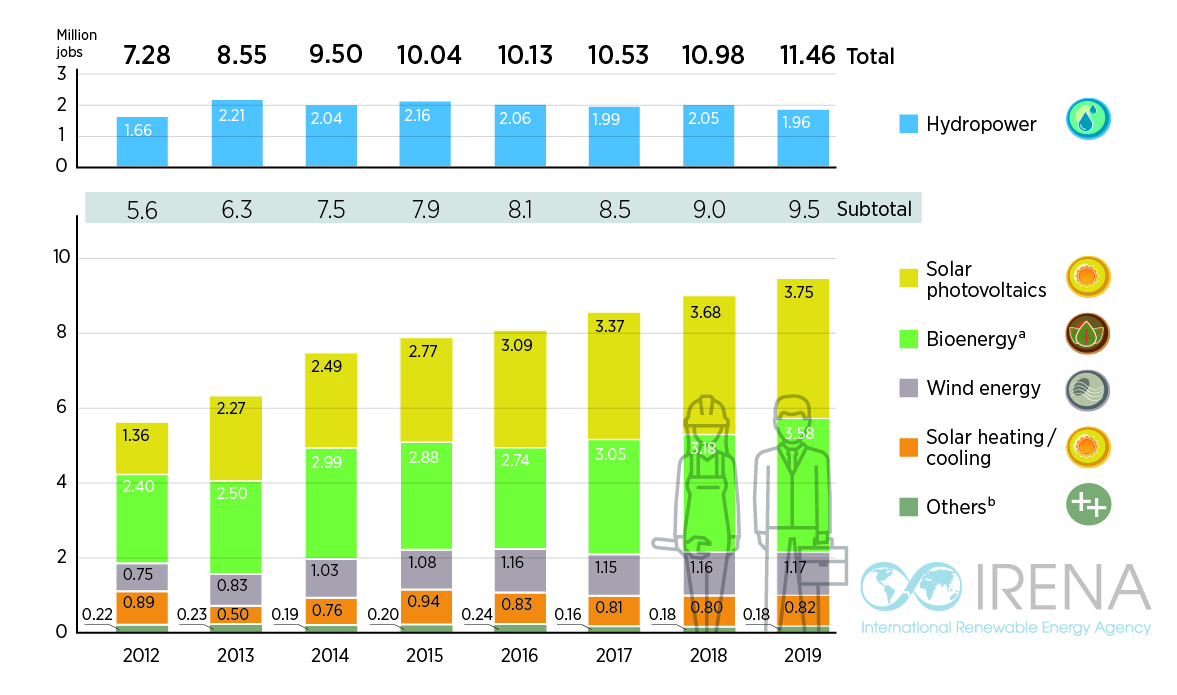 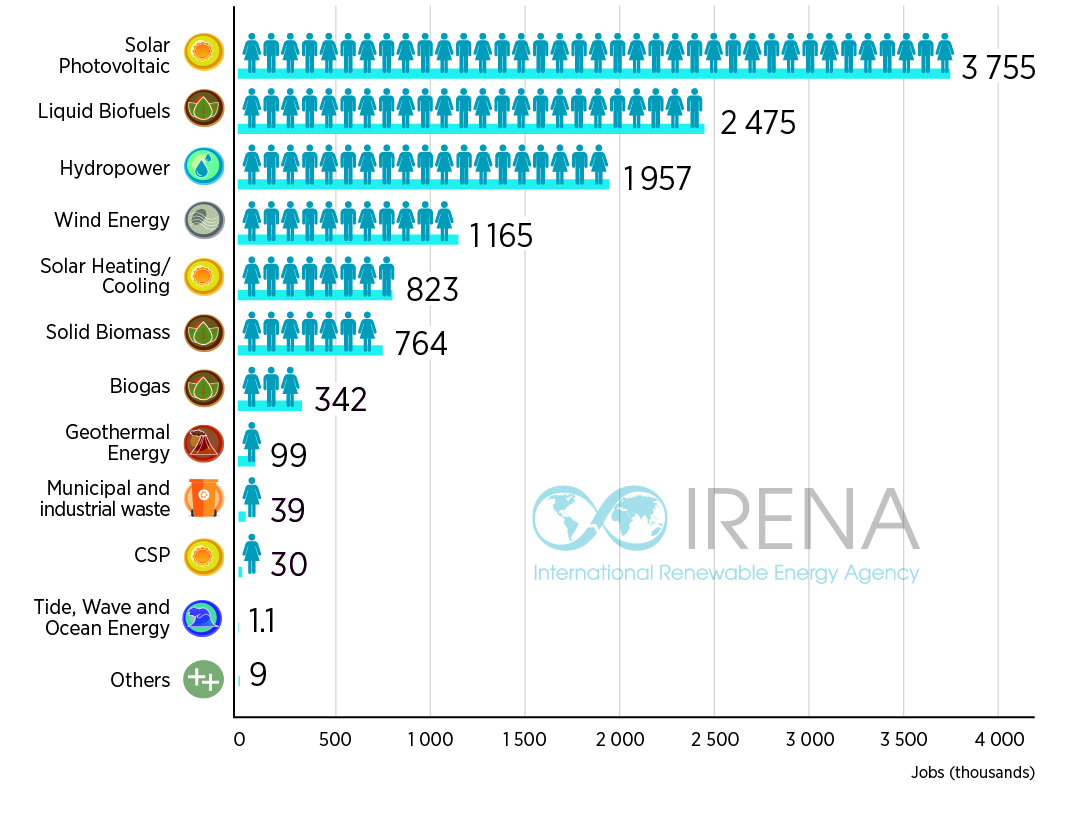 To understand the potential impacts of enhanced measures to transform the energy sector, including on jobs, IRENA has developed an integrated macro-econometric approach. This compares two scenarios, one based on Current Plans and the other on an Energy Transformation pathway. The latter will expand the economy by 2.5% over the former in 2050.

By 2050 additional investment could result in the creation 42 million renewable energy jobs. Renewables, together with other energy transition-related technologies, would account for almost 80% of the 100 million energy sector jobs. 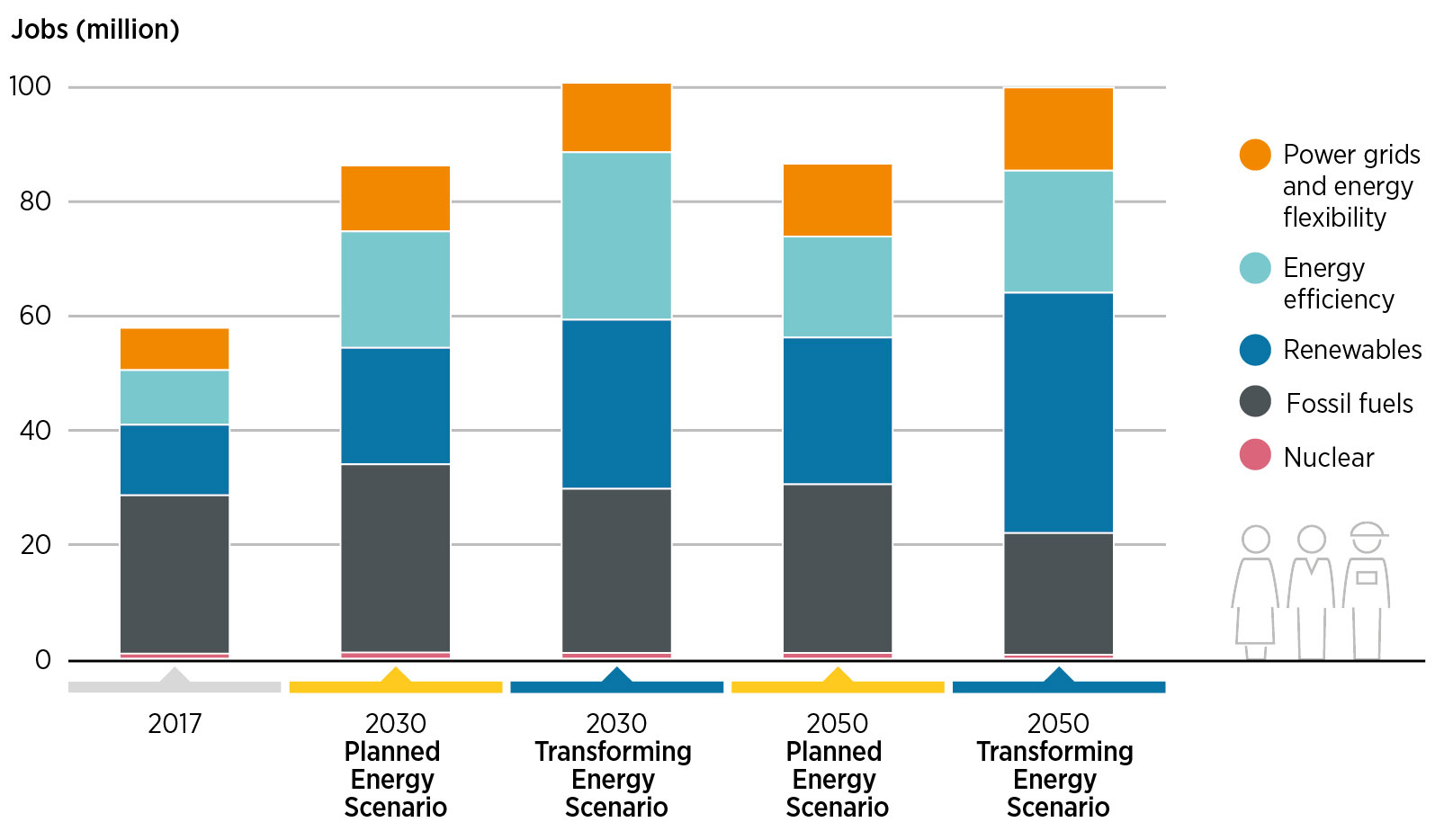 Global renewables and energy sector jobs in 2050 with Energy Transformation

A large number of the renewable energy jobs in 2050 would be in East Asia and other parts of Asia. But every region of the world can expect job gains.

Renewable energy jobs by region with Energy Transformation in 2050